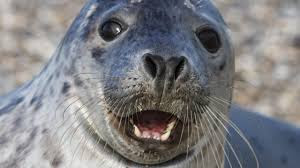 We’ve been looking at a dream about finding a seal sitting on top of a concrete structure. The structure is part of a parking garage. We have gone through all the steps of interpreting the symbols, and we have reconstructed the dream in its metaphoric form. Several interesting concepts have emerged from the reconstruction. What follows are the ones that I found especially meaningful. These are the ones that I brought to the dreamer’s attention.

“…the unsung heroes in me, often maligned and underappreciated. They have to work harder in my world to get things done…”
“a confusing place where I’m likely to get lost, or tangled up, and maybe even panicked.”
“…I’m looking for the reckoning that sets me free…”
“I am concerned that this inspirational part of me can’t survive where it is now…”
“…even though my inspiration seems out of its element, there is nothing to fear; it can survive here as well as anywhere else.”

Those are poignant thoughts, and I asked the dreamer what she made of them. What follows is our conversation.

The dreamer and I talk about her story
DREAMER:  It’s funny that there’s a seal in my dream. I used to live at the coast, and when I was there, I didn’t really pay much attention to the seals, although there were plenty of them around. But now that I’m living inland—which I had to do for my work—I do find myself feeling less comfortable. I see now that I used to get my inspiration from walking at the ocean. It was something I did all the time. Now, like the dream says, I feel trapped.
DAVID:  What do you think the dream might be suggesting about that trapped feeling?
DREAMER:  Maybe I need to find a seal (laughing).
DAVID:  Or maybe the “seal energy” is already inside of you? Is it possible that the issue isn’t so much about where you live, but about finding that source of renewal and expansion in any environment? At the end of your dream, it talks about how that energy in you is surviving here just as well as anywhere, even though it seems out of its habitat.
DREAMER:  Yeah, but it’s harder not being near the ocean.
DAVID:  Maybe that’s the whole point.
DREAMER:  What do you mean?
DAVID:  Well, if this dream were mine, I’d ask myself if the inspiration I felt at the ocean was really coming from the ocean, or if it was only that the ocean was triggering something innate inside of me. I would wonder if the renewal process that I feel from time to time was a system that existed in my own consciousness, one that I could tap into no matter where I lived.
DREAMER:  So I should be able to feel a sense of renewal even when I live inland?
DAVID:  Is it possible that life put you away from the ocean in order to encourage the “underappreciated” part of you to separate something external from your own inner process?
DREAMER:  It was so much nicer at the ocean!
DAVID:  Maybe, if you get this issue straightened out, you can go back again.
DREAMER:  That’s interesting!
Posted by David at 10:30