Being Crushed By A Front End Loader 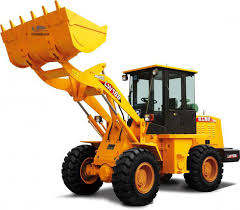 A dreamer had a dream that seemed to portend doom and gloom. She had this dream about the time of the United States national elections last winter and she was concerned that the dream was prophetic. As ominous as the symbols were--being crushed by the bucket of a front end loader on a construction site--I advised her to wait until we looked at the dream metaphorically before reaching any conclusions about the dream's meaning.

One thing I stated to her even before we did any work: I was nearly 100% positive that this dream was not to be taken literally; she would not lose her life being crushed by heavy equipment. As I have repeated many times on this blog, dreams are rarely to be understood at face value.

I'm walking along enjoying the scenery. The trees are swaying, there are beautiful flowers and a soft breeze is blowing. I come to a place that is under construction. There's really a lot of work being done and the ground is all torn up. There are big machines moving the earth around and changing the landscape. I am curious about what will be built in this place, but I also know there is some danger being near the heavy equipment, so I decide to take a big detour around the site. But I make a mistake--a really big one--and end up right in the middle of the construction with bulldozers and front end loaders all around. There is some construction debris on the ground, and I am so busy watching out for the equipment that I don't see it. I trip over it and fall, landing on my back. Then, I watch as one of the front end loaders starts toward me. It is obvious that the driver doesn't see me there. Then the dream gets odd, because it's as if there are two endings. In one ending, I watch myself being crushed by the bucket of the front end loader, and that's my death. But in the other ending, I just see the catastrophe approaching and know it's going to happen before it actually does.

Some thoughts
Even before we began working on the dream, I pointed out to the dreamer the significance of two endings: She is being offered a choice. In one option, there would be "the death" of her. In the other option, she was being warned before the death took place, and maybe there was a way to avoid it.

But then I made a peculiar comment: "Maybe you want the death," I suggested. This took her aback. "Not all deaths that we experience within ourselves are bad," I explained. "Sometimes it's good to let old parts of ourselves go." I told her we now needed to analyze the dream and see what it might be about.

We'll begin the process on Wednesday.
Posted by David at 11:07