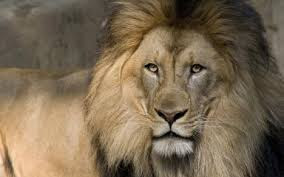 A dreamer had a lengthy dream in which she found herself cooperating with a lion in her living room. Yesterday we retold her dream as a metaphor; today we’ll ask her what she thinks this is about.

The dreamer tells her story
I am a relative newcomer to a large, enthusiastic and well-established family. I married my widowed husband only a couple of years ago, and frankly, it has been a struggle to find ways to establish myself and be accepted by his grown children, who now have their own kids.

How do I relate? I’m not really a mother figure to them, and I think it would be a terrible mistake to make that pretense. But I am married to their father/father-in-law, and that puts me in the position of making decisions along with him, decisions that affect these other adults. It’s very strange, and frankly, it is often uncomfortable.

I would like nothing more than to be considered a member of the family, but it has been slow going. Part of the issue is that I have tried to be as unassuming and unobtrusive as possible. I often feel as if I am tiptoeing around them all, trying not to make waves.

Recently, there was to be a big family reunion, and frankly, I was dreading how it was all going to go. I was already feeling that I was going to be sidelined by others. I really wanted the dilemma solved so that we could all just go and have a good time. One night, I was particularly stressed about it, and that was the night I had the lion dream.

The dream was amazing, timely and instructive. What it was telling me was that I needed to take the opposite approach from the one I had been pursuing. Rather than tiptoeing around all these people, I needed to bring my “kingly” self into the picture, front and center. I had been keeping this part of me at a distance—outside of my most intimate space—and instead, I needed to find a way to work with it rather than push it away. It was true that I was feeling nervous about making such a strong, lion-like impression on other family members, and that I might get into trouble as a result. But it was also true that I had to “go for it” and figure out how to make it happen.

Well, it worked. I won’t say that there aren’t issues still to be dealt with. After all, what family doesn’t have conflicts? But the gathering represented a huge improvement over what I had feared. Basically, we all got along fine, and there was even some expansion of friendship and trust. That was amazing.

What I found the most fascinating, is that the dream came before the gathering. Usually you think of dreams as a summing up of your own feelings. But this one was actually instructing me on how to behave in the future. I was so grateful!

If you enjoy these posts, please feel free to leave a comment.
Or, follow the discussion uninterrupted.
Scroll down to the bottom of this page to learn how.
Posted by David at 11:27