How Thick Is The Veil Between Being Asleep And Being Awake? Post #2 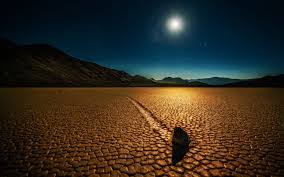 On Monday I began an analysis of the difference between images we have in our dreams and those observations we make during our waking lives. I gave the example of losing keys during the daytime and eventually finding them exactly where I had dropped them. Those who argue that there is a difference between our waking and sleeping lives would point out that, in a dream, the images are so fluid that those keys might have morphed into something else, or they might have ended up being found some place other than where I dropped them. Consistency and predictability are what separate our dream worlds from “real” life.

But is that really true? Is “real” life all that much more predictable and orderly? How about this as a recent case in point: Nearly three million more people vote for one candidate in an election in the USA, but the other candidate wins. Or on a much smaller scale, last week I highlighted a group of experiences that my wife had in which she started finding inks spots in bizarre places around the house. Then there is the tragic story that appeared on the front page of this morning’s New York Times: A couple lost their two young daughters in a freak accident when the little girls were scalded to death by radiator steam in a homeless shelter. How predictable and likely is that?

We explain our categorizing of these kinds of events by using the word “freak.” In a dream we expect things to be bizarre, and we are mostly startled when they seem logical—which they can be from time to time. In our awakened lives, we take the opposite viewpoint. Events are supposed to transpire in a logical fashion, and when they don’t, we call them “freak occurrences.”

I would like to offer a different perspective: Both the dream state and our awakened lives are made up of images that seem logical and illogical to us. It’s only a question of degree; there are more logical occurrences in our waking lives, and more illogical ones in our dreams. But the two arenas of perception are both made up of the same kinds of events: predictable and freak.

What’s more, I would like to argue that whether an experience makes sense to us or seems bizarre is completely beside the point. Wanting an image to follow certain expectations we have of it comes from our reliance on an objective view of life; we want our lives to follow certain predictable rules because that makes living less stressful and more reliable.

So why is life both subjective and objective? It’s because both kinds of experiences are the vocabulary of a language that is being constantly “spoken” to us.

If you enjoy these posts, please feel free to leave a comment.
Or, follow the discussion uninterrupted.
Scroll down to the bottom of this page to learn how.
Posted by David at 08:57