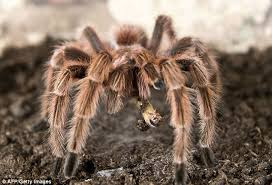 A plumber dreamed that he encountered an enormous spider in a crawl space. He was going to try to destroy it, but finally decided to reason with it. At that point it turned into a teddy bear.

It was time to look at the symbols of his dream to learn what metaphors they contained. This is usually the lengthiest part of the interpretation process, because I insist on examining all of the symbols. Even symbols that seem minor often have important clues. I usually start with the neutral prompt, “Tell me about it.” If that doesn’t produce an answer with a metaphor, I will probe a little bit more assertively.

The dreamer’s metaphoric associations
*  Work on a job:  It’s what I do to make a living. It pays my bills and keeps me solvent.
*  Someone’s crawl space:  It’s not really where they live, but rather underneath where they live. It’s important because most of the systems that make the house work are routed through this area. But it’s often cramped, dirty and unpleasant.
*  New Pipes:  These are to allow water to flow more efficiently; the old system was corroding.
*  Customer:  Someone who wants to pay me to make improvements on their house, especially involving water.
*  House:  It’s where they live.
*  Water:  Necessary for survival. Plus you use it for a lot of other reasons—cleaning, humidifying, growing plants.
*  On my back:  In this case, it’s an uncomfortable way to move, but the only option.
*  Can’t even crawl:  The space is too tight for even moderate motion.
*  Can’t see:  My field of vision is restricted because I am in such an awkward position.
*  Crane my neck:  I’m trying to get a better view.
*  Spiders:  Well, I have a healthy respect for them because sometimes they can be dangerous. But the main thing is to methodically deal with them. If you understand their habits, you can move them or avoid them. I try not to kill them.
*  Enormous spider the size of a dog:  Shocking, really threw me for a loop. And I make no bones about it: I was scared!
*  Panicked:  Beyond reason with fear.
*  No way to Escape it:  My first instinct was simply to move away and leave it alone, but I knew I couldn’t.
*  Aggressive moves: Try to defeat it by force.
*  Reason with it:  Try to come to some logical agreement—to come to terms with it.
*  White stuffed bear:  A completely harmless toy, warm and fuzzy.
*  slightly dirty:  Already used and loved.

Initial examination
As is almost invariably the case, his replies, when read by themselves, present a focused theme. This time, it’s about confronting something shocking in a space that is uncomfortable for him to occupy. But he handles it well. Whatever the conflict was, it morphed into something harmless and lovable. On Friday we’ll put the dream together again, and ask the dreamer for his thoughts.

If you enjoy these posts, please feel free to leave a comment.
Or, follow the discussion uninterrupted.
Scroll down to the bottom of this page to learn how.
Posted by David at 08:22