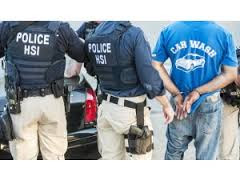 I’ve been examining the waking dream of the young man who was arrested for carrying a knife onto a plane. When the waking dream was restated in its metaphoric “translation,” the disparate-seeming elements of his dream came together beautifully as one dominant theme: As this individual has continued to grow and evolve, he has neglected to set aside certain “symbols of manhood and power” that were important to him earlier in his development. As a result, he missed the “conference” he was scheduled to hold inside of himself that was about being “in charge of my own personal business.” (Scroll down to my last post to read the entire restated dream.)

When I pointed this theme out to him, his first reaction was to be amazed that any message so clear and succinct could emerge from the traumatic ordeal of being (unfairly) convicted of a felony. Up to that point, the whole disastrous affair had seemed like life ganging up on him for no reason. That there was a constructive purpose to the whole event put it in a totally different light.

Did the restated dream have meaning for him?
I asked him if the idea of carrying around unnecessary vestiges of early manhood—perhaps some attitudes of machismo—struck any chords with him. He grinned and shook his head. He told me that his girlfriend had repeatedly pointed out to him that he approached life from a combative perspective and tended to pit himself against others. She had tried to explain to him that, often, he created conflict when there was none in the first place.

I suggested that it was like the bowie knife itself: He kept thinking he needed it—even during his stay with his brother at the cabin in the woods—but the need for it never came up. It was, literally, an extra weight that he was carrying around, one that was now irrelevant.

He agreed that maybe it was time to listen more closely to what his girlfriend was telling him. I countered by saying that, although listening to her was an excellent idea, the only person he really needed to listen to was himself, since the messages he was receiving from the source of his own inner guidance were beyond dramatic. He laughed, but was also quietly moved.

What the waking dream suggests about the structure of life
We can all understand “normal” sleeping dreams—the kind we get when we are in bed at night and are in the middle of a session of rapid eye movement.  We make up strange dream plots that speak to us in metaphors. If we analyze the metaphoric content, we are given messages and course corrections that help us in life. It’s easy to see our own subconscious minds at work. But the waking dream—an experience we have while wide awake—suggests that, actually, we have a much more cooperative involvement with life in general; it is always communicating with us in profound ways.

If you enjoy these posts, please feel free to leave a comment.
Or, follow the discussion uninterrupted.
Scroll down to the bottom of this page to learn how.
Posted by David at 12:32