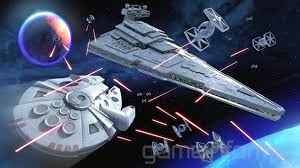 In this final post about a young woman who dreamed that she was in a Star Wars-style aerial dog fight, I want to discuss how best to deal with our own internal battles. In her dream, this woman destroyed the “enemy” only to discover that the now-dead foe was herself. In her dream she was given a visual image of a commonly used metaphor in our own lingo: “I got shot down,” or “He shot himself down.” That was exactly what she was doing, both actually in her dream, and metaphorically in her real life.

Doing battle with what we dislike about ourselves
It’s part of human makeup that we try to destroy that which is abhorrent to us. Sometimes battling an unwanted circumstance is a good thing. For example, no one would argue that discrimination is a constructive aspect of society. So we do battle—through legislation or other, more thoughtful policies—to curb this kind of prejudice. Battling for justice or for what is clearly wholesome is commendable.

It's no surprise, then, that this dreamer was doing battle with aspects of her own personality that she found untenable. To her, these aspects of herself were part of a cancer that needed excising.

But when you make part of yourself an enemy, it cannot help but be self-destructive. “I don’t like my leg, so I’m going to chop it off.” Imagine! Such an action would cause far more damage than it would repair.

Counterintuitive healing from dreams
It might surprise my readers to learn that, whenever I deal with a dreamer whose dream suggests some sort of enemy within, I almost invariably work with the dreamer to embrace the unwanted quality. This is not always easy. Suppose a dreamer has a dream in which the principal character is an acquaintance in real life that the dreamer can’t stand. First we work on the symbol: “Tell me about this person.” “He’s aggressive and belligerent.” “Is there a part of you that can be aggressive and belligerent sometimes—some aspect of you that you are working to subdue at the moment?”

If there is recognition and ownership of the dream symbol, then I suggest that the dreamer bring that aspect of herself to mind, and then send it love. Most dreamers are startled by such a suggestion. If it’s a bad quality, don’t you want to get rid of it? The answer is, yes. But you get rid of it by nurturing it into something more savory, not by beating it into oblivion. The pummeling-to-death of unwanted personality traits never works. Like the Star Wars dreamer, such an approach only succeeds in wounding the dreamer herself. Loving what is unwanted, by contrast, is highly successful in changing it to something desirable: Can you take that belligerence and just tweak it so it becomes forthrightness and honesty? Can you do that lovingly for yourself? That’s when the healing takes place; it comes from the total embrace of all facets of one’s psyche.