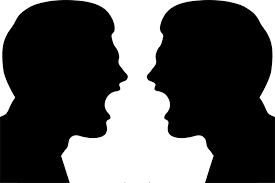 Airports can be excellent venues for unusual—occasionally unsavory—human behavior. While traveling, I witnessed one such incident, and because I was the only one present, I want to examine it to explore the idea that life puts waking dreams squarely in front of us in order to teach.

Sitting on the plane, two rows in front of me on my flight home, was a family of five: parents and their three sons, ages (roughly) 15, 9 and 3. The eldest son was mentally impaired. I would guess that his developmental age was that of a preschooler. He was well cared for and was impeccably behaved. During boarding, the youngest son complained that he didn’t like the seating arrangement. He wanted to be with his dad, not his mom. There was a brief tantrum, but he soon settled down and fell asleep. Since this was a family of five and there were six seats across in this plane, there was also a seatmate—a friendly woman who sat near the dad. I overheard the seatmate congratulate the dad on some milestone. Apparently, this family was visiting Oregon as a celebration—an anniversary, perhaps.

My next encounter with them was at the end of an unremarkable flight. We were standing in baggage claim, waiting for our bags, and I noticed, to my left, a man (I’ll call him Joe), about age 55. He had clearly lived a rough life, and it showed. He was holding hands with a much older woman who turned out to be his mother. Joe was hurling verbal insults at the family with the impaired teenager who was standing to my right. The language was provocative with the f-word being used liberally.

As I pieced together what was going on, it emerged that Joe’s mother had been on the flight and Joe had come to pick her up at the airport. During their reunion, the mother had made some disparaging remark about the behavior of this family with children and had said it loud enough to be overheard. Her remark was apparently a negative commentary on the impaired son. The father had then turned around and lashed out at Joe’s mother. Joe was now defending his mom using insulting, menacing language and egging the situation on.

At first, I was appalled at Joe and his mother. But the more I listened, the more I realized that the father of the kids was being just as inciting; he too was using profanity. Airport security soon intervened with an officer talking to each provocateur. The cop’s style was confrontational as well, and I didn’t think he was helping much.

That’s when my bag came and I left. As I was leaving, it occurred to me that, although the airport was packed, we were off in an area by ourselves, and I was the only one who witnessed this squabble.

Did life stage this little drama exclusively for me, as if I had rented it as a movie on Netflix?