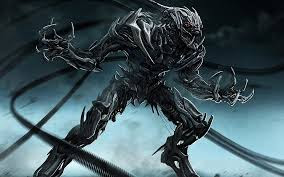 This week I will take a look at a dream phenomenon that is common and upsetting: recurring nightmares. Many people have them and wonder why they are plagued by these scary events, often waking up from them in a cold sweat.

As with just about all dreams, the purpose of nightmares is not to be frightening, but to do everything they can do to be remembered. If the dream is recurring it is often because the dream issue is a long-term one in the dreamer’s subconscious. The chances are that when the dreams started trying to communicate in the beginning, they were less scary. But the issue was important enough that it needed addressing, and the dreamer did not act. So over time the dreams became more dramatic.

This was the case with a young Japanese-American woman named Suki. Now in her late 20s and embarking on a successful medical career, Suki told me that she had been having this dream since she was a young girl.

Suki’s nightmare
The circumstances and environment that the nightmare take place in vary from dream to dream. But the plot is almost always the same. This is what happened the last time I had the dream—I guess it was about a week-and-a-half ago.

I was walking along a sidewalk in my neighborhood. It was broad daylight and there wasn’t a lot on my mind. Suddenly, I knew that there was a huge monster right behind me, and he was going to grab me. I raced into the first house I saw. It wasn’t my house, but I seemed to know it well. I ran upstairs to one of the bedrooms and hid under the bed. The monster followed me into the room and was looking all around for me. I was praying that he wouldn’t find me, but knew it was only a matter of time before he did. That’s when I woke up covered in a sweat, really frightened.

Suki’s background
To help us understand Suki’s dream, it will be useful to know a little bit about her background.

Suki was born in the U.S. of Japanese parents who immigrated here when they were young adults. As a child, Suki attended American schools during the school year. Then, every summer, she would return with her parents to Japan and attend Japanese school during her American vacation. Until she went to college and moved out on her own, she spoke Japanese at home. But with her friends, teachers and schoolmates, she spoke English. She is now completing her residency as an Osteopathic physician. A bright, delightful young woman, she seems well-balanced with a good social circle and a promising career. Everything in her life seems on track for success, all except for these frightening dream experiences.

We’ll explore them with her during this week and see how she resolved the personal issue that the dreams were trying to alert her to. It was an issue that was not obvious to her at first.

If you enjoy these posts, you can follow them on a regular basis.
Scroll to the bottom of the page to learn how.