Hello faithful readers of my blog,

After decades of working long and enthusiastic hours in the world of dream interpretation, I have decided that the time has come to pull back and limit my participation to individual online sessions. I facilitated my last class in the spring of 2020, and I realized that I'm getting tired.

I will keep my blog, both because dreamers who would like individual help can find me through this site, and because my philosophical approach remains unique and powerful. You can read about it here and in my book Always Dreaming. You can also follow the analysis of hundreds of dreams that I will leave intact.

I wish everyone the very best. Please keep thinking about your dreams; they are instructive and invaluable.

I just had a great radio interview about dreams with host Marc Courtenay on Boss FM radio. Here' s the link to our half hour chat:

http://www.bossfmradio.net/podcast/dreams-and-dreamers/
Posted by David at 11:22 No comments:

Back From A Long Break

As some of you know, my wife and I moved from the Portland, OR metro area to the Oregon coast. I naively thought this would only take a month or two of my time. Here it is, nearly 6 months later(!), and I am only now starting to turn my attention back to my website.

My absence does not mean I have been neglecting dreams. I am currently teaching an online course in dream interpretation, and there are plans for another one to begin this coming winter of 2019. I have also continued to do individual dream interpretation sessions, both locally, via Skype and other conferencing programs.

I'm not quite sure what my website will look like now that I am back. I used to do a dream a week--four posts per dream. I found that pace frenetic, so I may try a different approach. In any case, stay tuned. More good dream info and tips are on the way.  David
Posted by David at 11:02 No comments:

Check out my interview with English host, Danushia Kaczmarek

Interview about dreams
Posted by David at 06:55 No comments:

As I wrote a couple of weeks ago, my wife and I are in the process of moving--out of the city and to a lovely spot by the ocean. It's a wonderful waking dream for us, but it is also tremendously time-consuming. For that reason, I am taking a break from writing about dreams. I'm not sure when I'll be able to put my full attention on this blog again, but I am guesstimating probably in late spring.

In the meantime, please feel free to read back into the archives at the more than 100 dreams I have already posted. There is plenty of food for thought in any one of them. 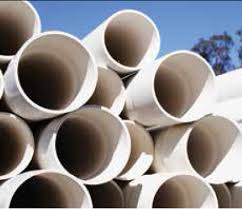 So yeah. I have this dream letting me know that, even if I’m behaving myself, I still carry this “volatile” stuff around inside me. Well, I guess there’s still more for me to do. So I’ll just keep pluggin’ away.
Posted by David at 14:39 3 comments:

The dreamer decided which of the words he used in the original telling of his dream were important, and as such, were symbols. We redefined those words in a way that suggested a definition beyond a literal meaning. It was a meaning that had more of a metaphoric sense.

Now we have reassembled the dream, but we’ve taken all the original symbols out of it. In their places, we have substituted the metaphoric descriptions the dreamer gave about each one. In addition, I have added short phrases like, “There is a part inside of me” to remind the dreamer that all the symbols in his dream represent facets of himself. What follows is the retold dream.

The dream retold as metaphor
There is a part inside of me where I live life, where I eat my meals, relax, think, have my own space. This part of me has its own skeleton, what holds it together, including individual “bones” of the skeleton. In this part of me there is also a plastic pipe designed to carry non-volatile fluids in me that aren’t dangerous or explosive. The pipe seems totally normal. It has a part that is also typical. It’s there to stop the flow if I need it stopped for repairs or just because I want no liquid going through it. This part would stop the liquid completely. But I’m hearing something that, with a snake, would be a warning signal. In this case, it was a clue that something wasn’t right. The pipe wasn’t being used for its normal purpose. What’s going through it is not a liquid, and it’s extremely volatile. When it’s used properly, it’s really helpful. But if there’s something wrong—like here—it can kill me. That’s alarming. That can be deadly. I wanted to see if there was a simple correction, but there wasn’t. It seemed like a systemic and highly dangerous problem. This situation in me, in general, is illegal, and for really good reasons. It’s asking for trouble. The pipe should be made of a substance that can’t melt as easily or be punctured. That would be safer and stronger. As it is, the material could deteriorate under extreme conditions and potentially blow this place inside of me to bits.

Some initial observations
If you read through the metaphoric version of the dream, above, two themes are central throughout. The first is a sense of alarm at something not being right. The second is repeated reference to a “pipe” that is dangerously carrying fluid that it was not designed for.

Normally, I would say that this pipe image, too, is a metaphor, and is mostly referring to a non-physical issue. However, dreams can be expressions of all sorts of things, including health issues, and the pipe reference is prominent enough that this health-related possibility needs to be brought to the dreamer’s attention. I will do that in the final post in this series.

We'll finish our discussion of this dream soon!
Posted by David at 13:43 No comments: